“Warp Academy was an idea sparked into existence in 2012, by myself, and Jake Perrine. We met while doing our Ableton Trainer Certification in Seattle and saw HUGE potential in joining forces with a collective of Ableton Certified Trainers and industry experts to teach music production online.

Before we became Certified Trainers, when we were first getting started, our journey to learn was a difficult and frustrating one. There were no online schools yet, no Youtube videos, and colleges and universities didn’t have anything even close to what we wanted to study.

There was the manual (yawn….) and maybe a couple of magazines that talked about making electronic music; that’s it! Every month, we’d pray that something relevant to our software and genre was published. Months would go by without getting any relevant articles, and we’d be left to blind trial and error, beating our heads against the wall hoping to stumble upon a technique that worked.

People who really knew the good stuff were often guarded, unwilling to teach, or just plain unaccessible. Trying to get anyone who was an expert producer to show us something meaningful was like trying to interrogate an MI6 agent. They were so tight-lipped about how they made music you’d think it was an issue of national security. It was as if we were probing them for nuclear launch codes. Experienced producers were mostly just trying to protect their production “secrets” so they didn’t have any competition…then YouTube emerged.

We saw a flood of tutorials come out, but there was no quality control. You needed to wade through a lot of static to find the legit techniques and knowledge. There was no way to have confidence that the person teaching really knew what they were talking about. It was easy to pick up bad habits, limiting beliefs, incorrect terms and bad tech jargon. The upside was that YouTube was free, but you paid for it with your time. And time, for us, was a precious resource.

As fun as making music was, learning was slow and frustrating. There had to be a better way, and thus the idea for Warp Academy was born.

Our goal was to bring together a collective of Ableton Certified Trainers and industry experts, and to give students direct access to learn the fastest, easiest, most convenient and most affordable ways possible. We saw an opportunity to build a new type of academy, a community that linked producers from around the world with the best teachers in the industry using cutting-edge internet-based tools. Things like mobile-optimized video courses, live-streaming, interactive webinars, downloadable production tools like templates, samples and synth patches. We got inspired to build and collaborate with an amazing team of teachers who could help other producers leap over all the challenges and roadblocks we faced when we were first learning.

It wasn’t easy. There were a lot of twists and turns along the way, but thankfully we’re obsessively passionate about music and teaching.

To us, “warping” means cutting the learning curve, this is why we called it Warp Academy. Being audio nerds already, the concept of “warp speed” from Star Trek transcending conventional speeds to move faster than light in the blink of an eye was pretty badass.  To top it off, the Warp marker, from Live itself, was a powerful way of stretching, manipulating and bending audio to your will. Warp Academy would become our vessel that we’d use to bend, adapt and flex education to best serve our eager community.” 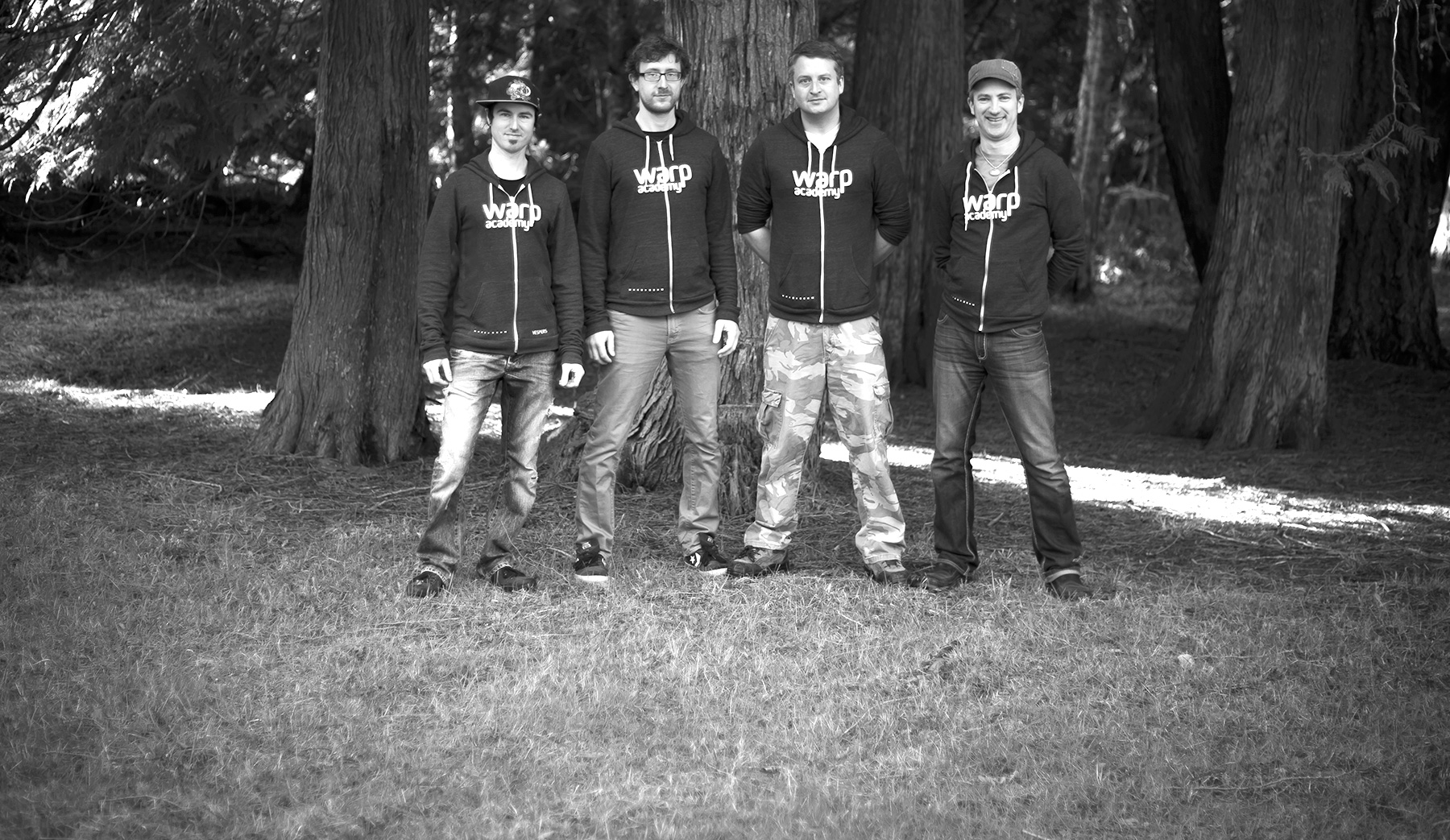